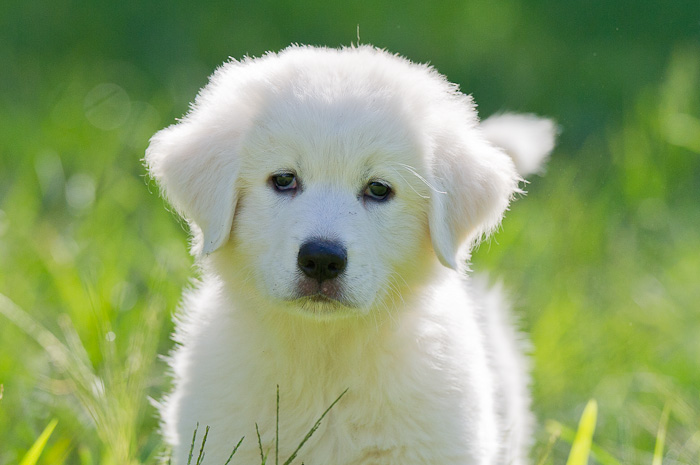 The Maremma Sheepdog puppies didn’t seem at all fazed by the 5.8 magnitude earthquake that struck just before our photo shoot this afternoon in Virginia. Both 8-week-old puppies—Jackson and Emma—were just emerging from an afternoon nap when I arrived. We spent some time in the house before moving out into the yard, where they quickly woke up and explored their surroundings.

The late afternoon sun gleamed on their puffy white coats, creating some exposure challenges. But they were so accommodating that I caught a lot of fun shots, including this one of Jackson, who is the bravest of the two. I kept thinking that he must have been reincarnated, because he was the perfect model and posed for me as if he’d been in front of the camera all of his life. His “old soul” eyes spoke volumes even though his gangly limbs and gait revealed his youth.