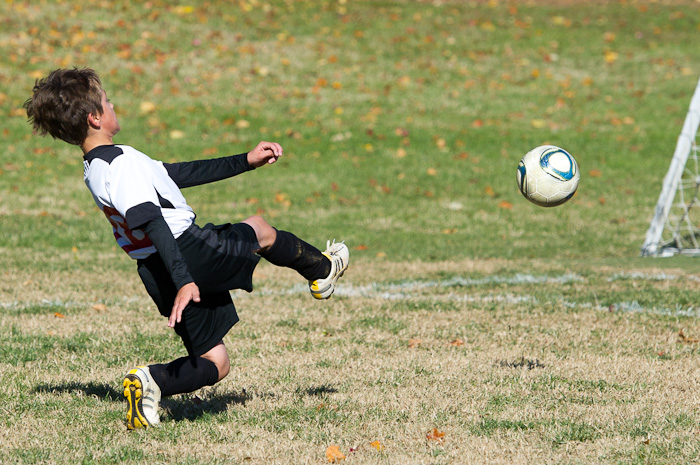 Cameron had stayed home from school for the past three days with an illness that included a fever of 104 degrees and a significant upper respiratory infection. It was Saturday morning, he’d been on antibiotics for two days and his temperature had been back to normal for 24 hours. The good mom in me said, “Don’t let him play soccer! He’s still fragile and recovering.” The bad mom in me said, “What’s the harm? He’s better now. His team needs him for the tournament.”

Cam had been looking forward to the Suburban Friendship League tournament for weeks and assured me he felt good enough to go. So, after ruminating over the decision, I gave Cam some advice: “If you start to feel bad, just tell your coach and come out of the game.”

As the players waited for their warm-up and game to start, I watched Cam carefully. He stood by the side of the field while the others goofed off, which was unlike him. He later told me he was “conserving his strength.” That maturity turned out to be wise. Although he wasn’t his typical energetic self on the field, Cam held his place as left forward and ably scored the team’s first goal. In the end, the Loudoun Lads controlled the game, topping their opponents by a score of 8-1. With a significant lead at halftime of 4-0, Cam, Robbie and Alex, the starting forwards, sat on the bench the entire second half of the game cheering on their teammates. As it turned out, listening to Cam and trusting his judgment was the right thing to do.