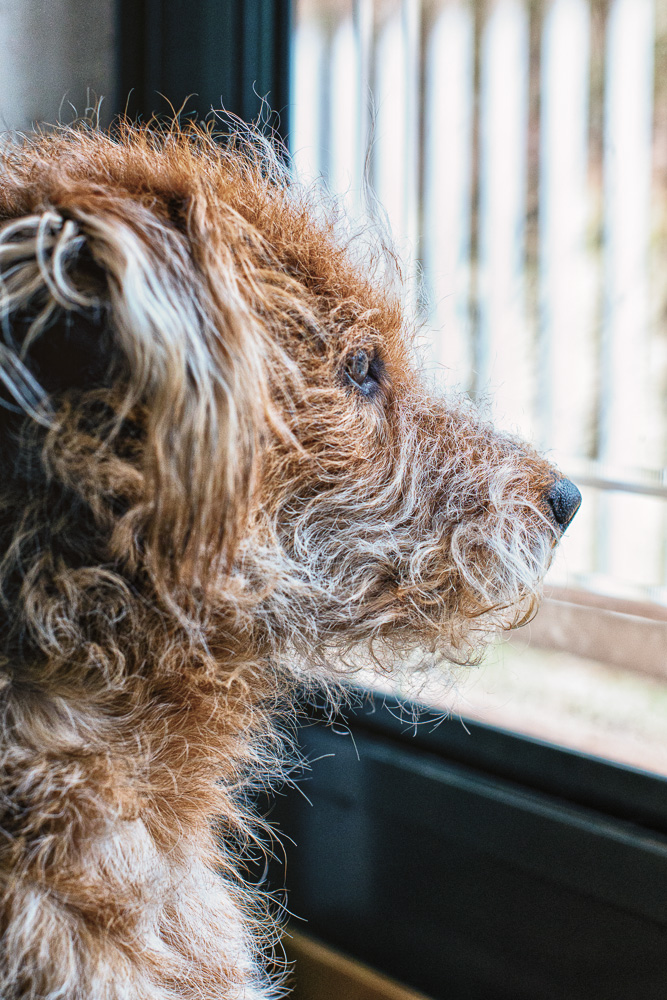 Peppermint often spends much of her day sitting by the front door. She keeps an eye on the bird feeders and lets me know when the squirrels arrive. A slight scratch at the door is the announcement that she wants to go out.

She’ll take a flying leap off of the front porch, and sometimes (not often, though) she’ll startle one of the squirrels before it realizes she’s charging toward the tree where the bird feeders hang.

A few times she’s come close to catching one, but it’s not really a fair chase. She’s good for one burst of speed, and that’s about it, so once they’ve hit their stride she’s left in their dust.

But those few close encounters keep her coming back and entertained. Sometimes it seems as if she’s watching dog TV as she sits at the front door observing the creatures in the front yard. She’ll sometimes gaze out for hours, just observing the action and, I suppose, pondering her next attack.

And, if a squirrel is brave enough to venture onto the front porch to scope out the feeders, she’ll leap up and suddenly bark, sending it scampering. Maybe one day she’ll give one a heart attack, for I think that’s probably the only way she’ll ever harm one.