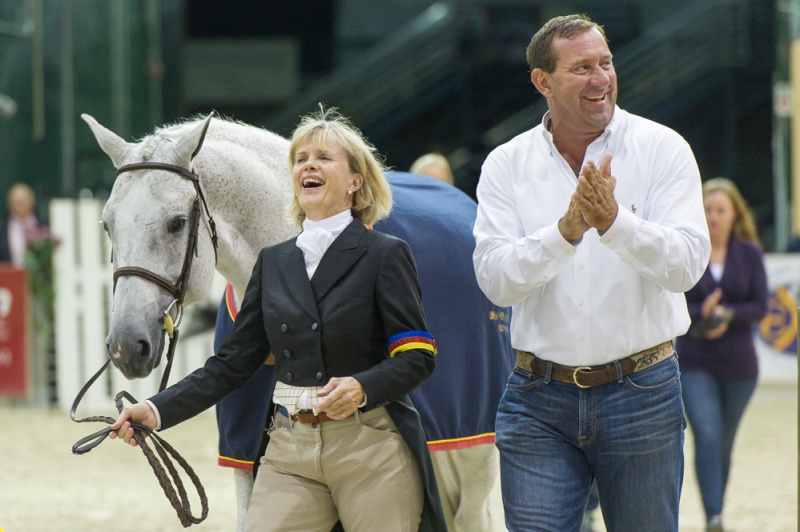 I (re)learned a valuable lesson during my assignment at the 2013 Capital Challenge Horse Show last week. You’d think by now, after decades of experience as a horse show photographer and journalist, I’d remember that the best photographs—those that tell the story in just one moment—don’t necessarily happen during the actual competition.

This photo above received an unprecedented number of shares and likes after I posted it on the USHJA In Stride magazine Facebook Page. Polly Sweeney, at 71 years young, had just won the biggest competition of her life, and she and her trainer were walking into the ring to receive the awards when I captured this shot.

In hindsight, I’m not sure why I stationed myself nearer to the in-gate. At this time I would usually be setting myself up center ring for the formal presentation. But after interviewing Polly I was so impressed by her story that maybe I had a feeling. I’m really not sure.

In any case, as Polly and her trainer walked into the arena, a huge rock-star cheer arose from the stands where her many friends and family members had gathered. Polly’s reaction told the story—the sheer joy and happiness of a lifelong goal finally reached.

After seeing the positive comments this photo garnered online, I realized the proper image to complement the magazine article wasn’t that lovely photograph of Polly and her horse Pimm’s Cup jumping in perfect form during the class. 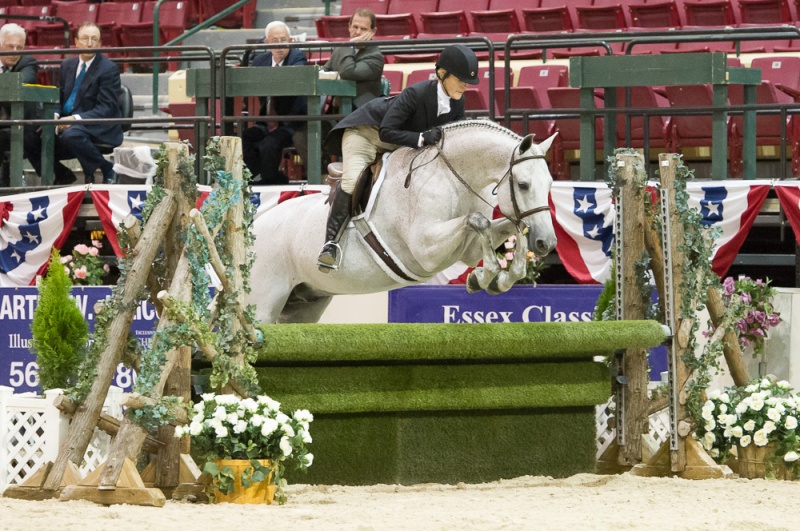 So, at the very last moment I tweaked the article layout and added in the candid image.

Interestingly, pro photographer Scott Kelby had a great blog post this week about sports photography called “So, How Many ‘Keepers’ Do You Get From a Shoot?” In the post he discussed following players all the way through to the end of a play where that “jube” (jubilation) might occur.

While you never know where or if that jube will take place during a sporting event, being prepared and following the action “just in case” is certainly good advice, especially for those of us who might have become a bit complacent after taking tens of thousands of photos!