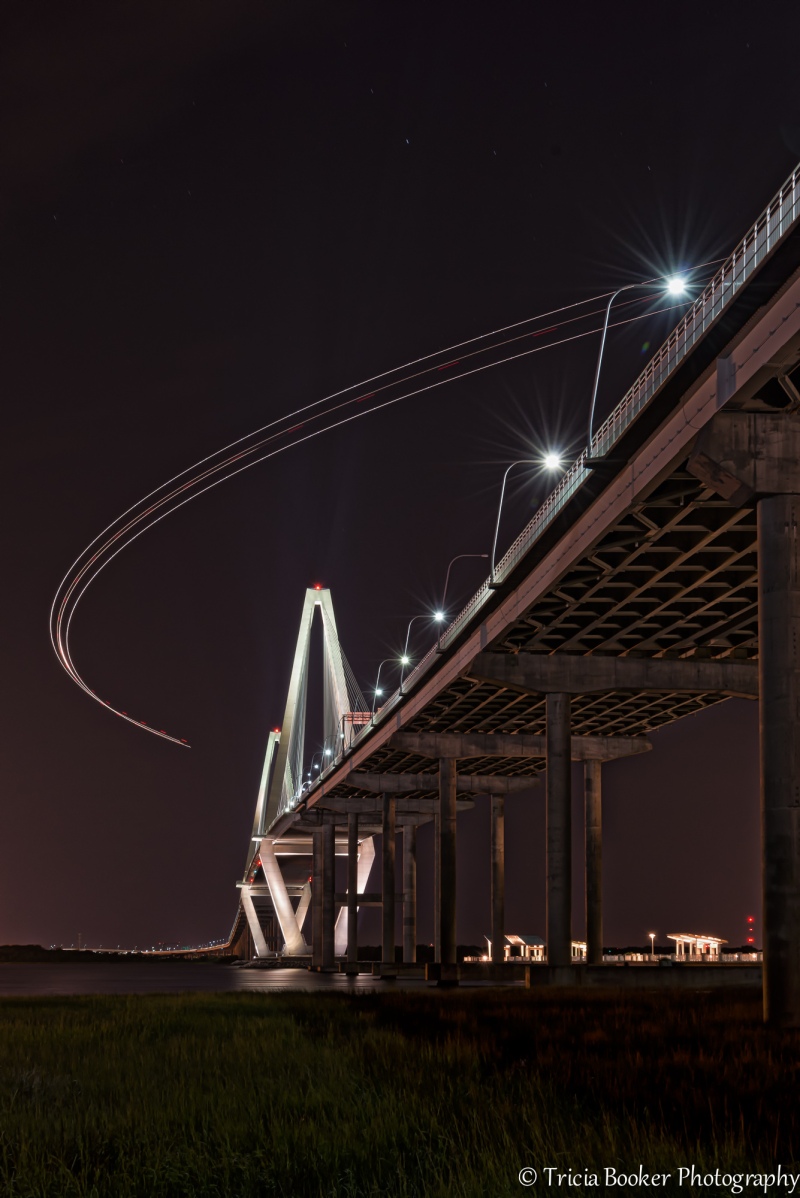 It’s now been one week since my latest adventure with photographer Alistair Nicol of Coastal Insight, and the dozens of mosquito bites I endured that evening have finally disappeared.

In hindsight, I should have packed better and included insect repellent in my kit, but this was a rather impromptu meet up, and I failed to bring a variety of items, including my filters. Lesson learned, and I now have a list of “Alistair” items that I will check off the next time I pack for South Carolina.

Nevertheless, I couldn’t resist going out with Alistair once again when I learned he was free last Monday because my last expedition with him was so fun and memorable. If you missed that blog entry, click here for the details!

This time, we remained close to home in Mt. Pleasant, and we ventured out to Shem Creek to chase birds and scenic shots before relocating to the Arthur Ravenel Jr. Bridge for sunset.

Shem Creek holds a special place in my heart because I was married on a boat that was docked there, and my sunset wedding out in Charleston Harbor was pretty incredible. I’ve photographed Shem Creek frequently, but I’d never taken out my serious landscape gear. It was also fun to walk around on the new board walks and pier, which hadn’t been completed the last time I was out there.

After some fun at the creek, we traveled over to Patriot’s Point to survey the bridge. This bridge over the Cooper River, which connects Charleston to Mt. Pleasant, is relatively new. It was finished in 2005 and replaced two rusty and decrepit bridges that had been there seemingly since the dawn of time. I remember many nail-biting experiences driving across them, when it felt like the next gust of wind could easily take you over the side.

When we arrived by the water’s edge we had two choices: stand on the top bank or bushwhack through dense undergrowth to the shoreline. We set up our tripods on the top, but, of course, it wasn’t long before Alistair noticed an egret below us. He challenged me to follow him down the bank with my 70-200mm lens for a few shots, and I went. He said there was a path, but I never did figure out where. The prickly brush slashed at my face and arms as I worked my way down about 20 feet, wondering what small creatures I was collecting in my clothing. By the time we crashed through the last shrubbery, the egret was long gone. But it was a nice place for a few images, with the magenta and gold colors of the sunset nearing their most brilliant.

Back up on the bank, we shot photos as the sun went down and the bridge lights came on. Although the most beautiful clouds and colors remained over the ocean, it was still a lovely evening–until the clouds of noseeums and mosquitoes discovered us. We continued to move toward the bridge to find different compositions as the night grew darker, and we finally seemed to reach a dead-end. That’s when Alistair made a discovery. “What’s that?” he asked.

We were nearly under the bridge when he noticed construction equipment. As we walked over, it became clear there was a new pedestrian walkway being built to link the Mt. Pleasant Pier with the Patriot’s Point side.

“Do you want to check it out?” he asked.

My first thought was, “This wouldn’t be an outing with Alistair without some sort of true adventure.” So, my immediate response was: “Of course!”

So, we carefully climbed aboard the wooden boardwalk. Because it was still without a guard rail or steps, it was the perfect place for photos. I set up my tripod and camera and began to find a cool composition while Alistair went further under the bridge to experiment.

As I finished my first 30-second exposure, I noticed an airplane flying on the Charleston side of the river. I’d already captured a cargo ship traveling underneath the bridge with its lights streaking by, so I wondered what the airplane lights might look like. I quickly recomposed and clicked the shutter release. As I watched, the large military plane made an unexpected turn right toward us, its lights shining brightly before it banked back over the bridge and disappeared.

The resulting image turned out to be my favorite from the evening, and after I posted it on Facebook a producer from Live 5 Charleston contacted me to ask if they could use it on their newscast. It was on TV last Wednesday, which was very cool.

So, it was another great experience photographing with Alistair, and I look forward to our next excursion. I’ve learned so much over our past two meet-ups, and one of my most improved skills is focus. I was so intent on capturing the images that I failed to see the “No Trespassing” sign until we were on our way back out. Something tells me that’s a trait that the best landscape photographers learn early on!