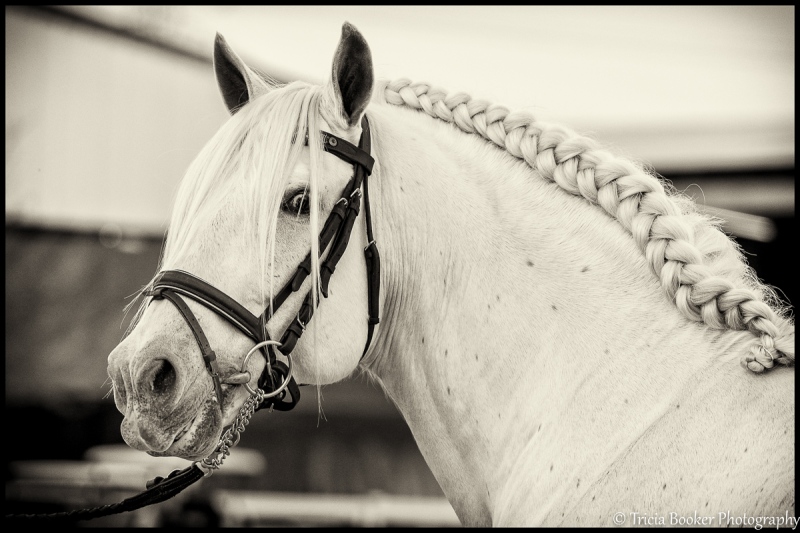 The countdown is on for the 2016 Pin Oak Charity Horse Show, which begins next month at the Great Southwest Equestrian Center in Katy, Texas. With the staff and volunteers working earnestly on the finishing touches to this year’s 71st anniversary edition, I’ve been going back into my files this week to provide photos for them to use in the program and for other advertising needs.

In looking back on last year’s show, I realized how many images I had never really studied because I was so intent in providing event coverage and highlighting the winners on a day-to-day basis.

I paused today to spend some time with this photo of Rancho Del Lago’s Andalusian stallion Saltador ORO. He did in fact win several championships last year at Pin Oak including the Champion Dressage Sport Horse and Best Movement Award, so I have many photos of him in various classes, both in-hand and under saddle.

I really enjoyed photographing the Andalusians, as it’s a breed I don’t typically encounter. This pure Spanish Andalusian breed (Pura Raza Española, or PRE) are found more often in dressage and at breed competitions, and their floaty movement and strong presence are striking characteristics to observe in the show ring. Saltador, a veteran show horse, definitely knew he was on the stage and often checked on me to make sure that I was catching his best side!