The winner’s photograph was amazing and well-deserved for the top honors. It’s a conceptual image, and I was so impressed with the photographer’s imagination, vision and creativity, along with her artistic talents.

If you have a moment, here’s a link to Lucia Ferreira’s blog post with the winning photo as well as the process she used to create it. So amazing!

The Masters critiqued my lion image and offered some super suggestions on improving it, so I took some time last night to incorporate their changes. Their primary advice was to remove the cyan cast on the white areas of the lion’s face and to desaturate the overall photo slightly for a more realistic look. To emphasize the eyes, they also advised me to tone down the brighter areas of the lion’s mane.

Here’s the new and improved image: 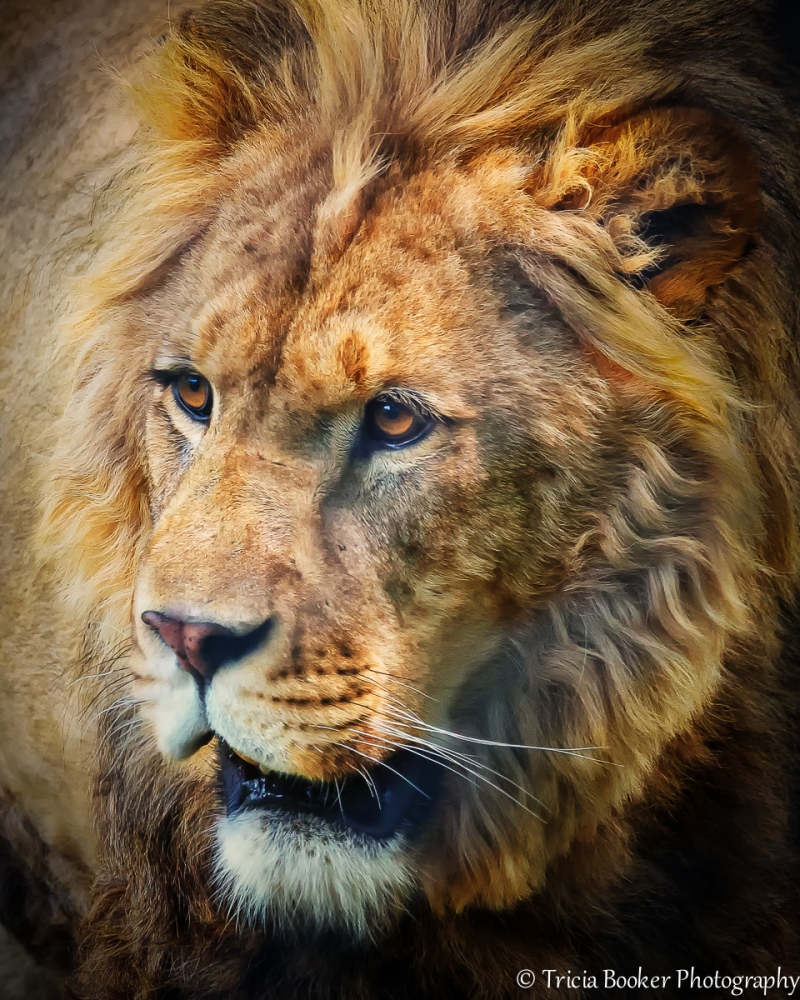 Having my image front and center in the Creation Wars was a great learning experience. Hearing their comments on the other images was also incredibly educational, as there were a variety of images presented and critiqued, from landscape to architecture. It was refreshing to see that there were so many suggestions and viewpoints, and the Masters didn’t always agree!

While I watched the Creative Wars’ after show, I was so inspired that I re-edited a few images, including the raptor photo above. If I had to pick one aspect of my photography that’s improved the most since I began at The Arcanum, it’s in post-processing. In addition to the new tools I’ve discovered and learned to use, it’s the increased freedom to experiment and create that’s liberated my vision. I still have a long way to go, but that’s what The Arcanum is all about: enriching the creative journey.

If you are interested in watching The Creation Wars Show #3, it will be published later this week on Trey Ratcliff’s Youtube Channel.