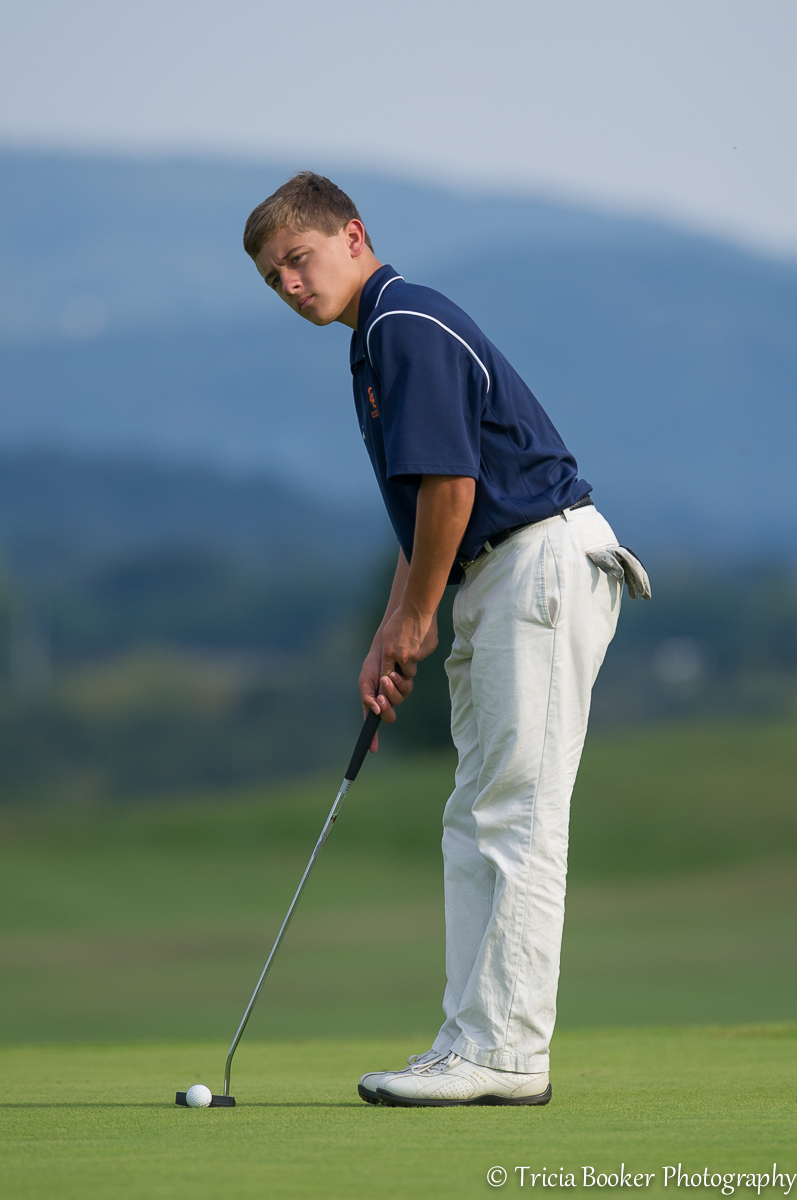 Cameron’s first season of high school golf is quickly coming to an end, just as the last rays of summer sunshine are fading. He’s played in a variety of tournaments and nine matches for Clarke County High School since the beginning of August, with the highs and lows all golfers seem to experience when the pressure of competition comes into play.

While there were certainly moments of frustration for Cam when he didn’t score as well as he’d hoped, I observed more drive and optimism in the aftermath instead of disappointment. His game has matured a lot since the season started, with help from Coach Scott Tredway, his teammates and also his opponents.

I’ve attended several tournaments and matches and been fortunate to spend some time walking the links photographing the players and chatting with the coaches. Not surprisingly, I was impressed with the dedication everyone has to the game, but what I didn’t expect was the atmosphere of fun and camaraderie.

Players and coaches alike root for their opponents, they give high-fives for great shots, help search for lost balls and share snacks and tees. When one Strasburg player made the first eagle of his career on the final hole last night, he had everyone from all four schools cheering and sharing in the excitement.

Yes, scores come into play because, after all, this is a competition. Bragging rights and newspaper articles are at stake, but it’s not what’s really important. After my initial observations this season, I see high school golf more about competing against the course and playing with friends and not against them. And I’m glad Cam has found his niche here with these great kids and coaches. 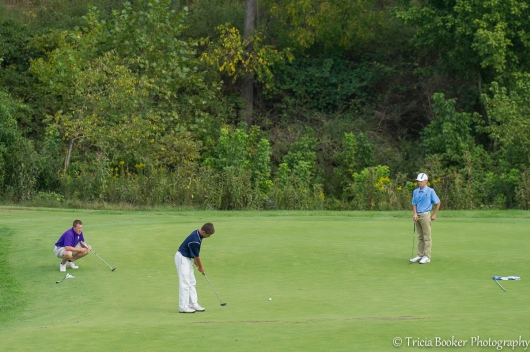 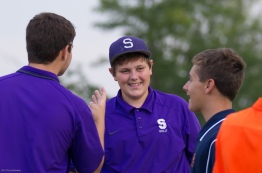 Congratulating Strasburg’s Reese for his eagle 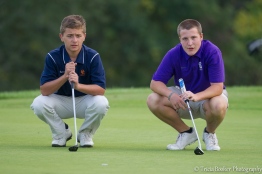 Cam and Colten study the green 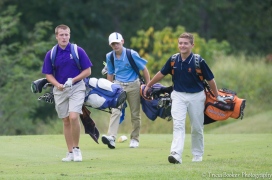 Cam out of the sand 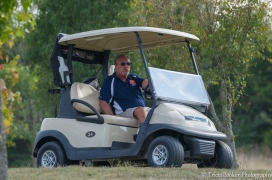